Our Story is Actually Ryan's Story

Ryan, Susan’s oldest son, was diagnosed with Autism at age 3½. He could recite the entire alphabet by 20 months, could read and even spell words at age four, but still refused to WRITE the alphabet.

This was hindering him in school. Private occupational therapists (OT), as well as therapists inside the school system, worked on this skill with him every week. But it was a very slow and unproductive process to say the least.

Knowing that Ryan loved to watch TV, and was learning so much through the educational videos Susan had purchased, she decided to video tape Ryan’s OT, Marnie, writing the letter “C”. The idea of making a video for Ryan and Marnie’s wonderful creativity with her letter chants, came together in a great teaching tool!

After watching their first three- minute video for the first time, Ryan immediately said, “Do it again”, and happily watched it once more. After the second viewing, Ryan was ready to write!! Susan helped him write the letter “C” with a hand over hand approach. While reciting the letter “C” chant, Ryan’s confidence grew – he finally “got it”! He was very enthusiastic, motivated, and proud of himself. He must have written over a hundred “C’s” that evening alone! Most of them on his own!!

Susan cried to Marnie in awe and in joy that they FINALLY got through to Ryan — their unique multi-sensory approach actually worked! They began making more of their “video presents” all summer long. Ryan learned to write these letters as fast as they could make them. After the summer, Ryan started Kindergarten with one less thing to be frustrated about.

Susan and Marnie case-studied their video concept with other children-some with learning disabilities, and others who were “typically developing”.

It was a hit! In 2005, they started their company, The TV Teacher™, and professionally produced Alphabet Beats-Writing UPPERCASE Letters (released April 2006).

Since then, they have produced 4 additional award-winning programs as part of their multi-sensory handwriting curriculum which have received accolades from parents, teachers, and therapists across the country.

Marnie Danielson, MHS OTR/L has been practicing occupational therapy for nearly twenty-five years. She holds a Bachelor of Science in Occupational Therapy from University of Florida and a Master of Science from University of Indianapolis. Her career started in South Florida working with spinal cord injury and neurorehabilitation. She found her way to pediatric therapy while working for the Cobb County Public School District outside of Atlanta, GA. She then opened her private practice Building Block Pediatric Therapy, Inc. Five years later she sold her practice and moved to Dallas, Texas where she currently owns Lone Star Children’s Therapy, Inc. Marnie currently consults on sensory integration and handwriting development with preschool administrators and teachers. Additionally, along with her staff of therapists Marnie also evaluates, leads fine motor groups, and works with children around the Dallas area. She has been published for her research in neuroplasticity and fine motor development by numerous scientific and educational publications, and she frequently lectures at both national and regional conferences to audiences ranging from parents and teachers to therapists and administrators. Beyond this OT co-created multi-sensory handwriting curriculum, Marnie has designed fine motor and pre-writing curriculum for multiple preschools and taught courses on fine motor and writing development. When she is not working, she is raising two wonderful girls.

Susan Ellis also graduated from the University of Florida in 1991 with a B.S. in Accounting. She was employed for more than ten years with large, multi-national corporations such as Monsanto/Solutia and PriceWaterhouse Coopers. She developed an extensive business background assuming various roles in Accounting, Customer Service, Sales, Operations Planning, Global Computer/Systems Integration, and Business Consulting. When her first son, Ryan, was two years old, Susan took early retirement to enter “stay-at-home mom” status beginning in 2002.

She is happily married, and the proud mother of two children with Autism. Susan contributes her broad range of business skills to The TV Teacher handwriting curriculum behind the camera as the Producer and Director as well as managing the operations for the company. Susan has been on various TV and radio stations giving interviews about her personal experiences with Autism. She is also a national presenter on the power of video modeling and visual strategies. For more information, please contact susan@thetvteacher.com 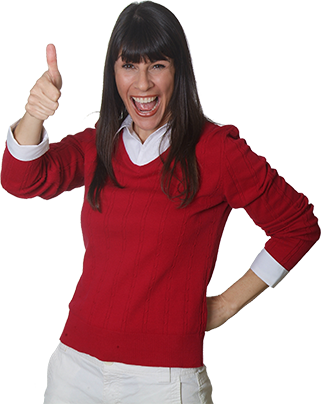